Namely, following Hironaka’s example, we made a smooth proper 3-fold X_6 with an action of a cyclic group G of order 6 such that X = X_6/G is not a scheme, but the two intermediate quotients X_2 and X_3 are schemes. Namely, start with a smooth projective 3-fold Y with an action of G and a 6-gon of smooth rational curves C_0, C_1, C_2, C_3, C_4, C_5 which are cyclically permuted by G. In other words, I mean that C_i ∩ C_{i + 1} is exactly one point P_i and the intersection is transversal. Then you do as in the Hironaka example: blow up all these curves but at P_i analytic locally blow up C_i first and C_{i + 1} second. The result is a proper scheme X_6 with an action of G. Over the P_i there are two curves E_i, E’_i such that E_0 + E_1 + … + E_5 is zero in the Chow group (see picture of Philip below). Hence orbit of a point on E_0 cannot be contained in an affine open of X_6, which proves that X_6/G is not a scheme. However, the morphism

is a usual blow up, hence the source is a quasi-projective variety and any finite collection of points is contained in an affine open. This quickly gives that X_3 and X_2 are schemes.
To finish, here is a picture X_6 (thanks Philip!): 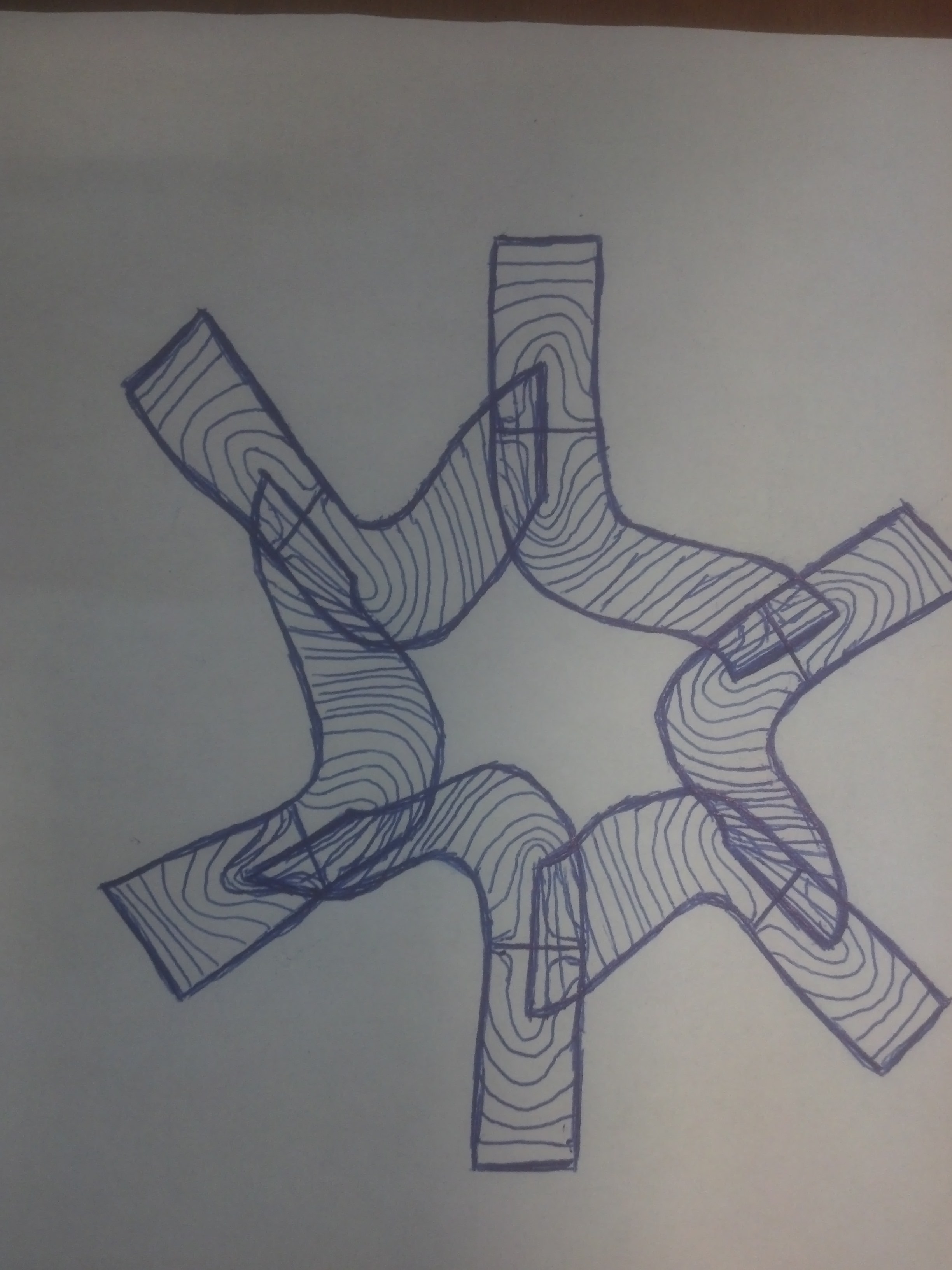 In 2009 I gave a course on etale cohomology here at Columbia University. Notes were taken by Thibaut Pugin, Zachary Maddock and Min Lee (in reverse alphabetical ordering). There were the basis for the chapter on etale cohomology of the Stacks project. Since the Stacks project is all about creating one consistent whole with lemmas proved at the correct level of generality, the chapter no longer has the flavor of lecture notes. Since some of you may prefer the original exposition and since the link to the lecture notes on Pugin’s home page no longer works, here are the original lecture notes by Thibaut Pugin, Zachary Maddock and Min Lee with all the mistakes and imperfections, etc, etc, etc. Enjoy!